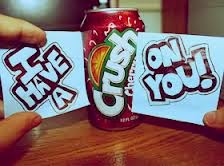 Earlier today, we were doing our casual talk while sitting at the couch. Hubby’s finishing something in his laptop, and the kids are just talking, playing, reading, etc. Suddenly, first baby said, “I have a crush in our school.” I think my heart stopped beating. I’d like to say that she’s not allowed to have a crush yet, but I restrained myself from saying that. Good thing, I even managed to ask who it was. I’d like to show her that it’s okay, and that it’s not a big deal. Then she mentioned the boy’s name. I remember the boy. I just said, “Ah. I don’t think he’s cute.” Haha. What a reaction! Then I asked why. She just said that he’s a good swimmer. At least she knows that it’s not all about the looks.

We were greatly surprised when we asked Kuya Kuya. He mentioned three names. Not just one, but three! Oh my goodness!

Then Hubby said, “Let’s ask Bunso. He might say a name too.” So we did. He just babbled.

Our kids have crushes already. They’re growing up so fast! I think I was crushed when Ate mentioned that she has a crush already. But as I was rethinking this topic, I realized that I had my first crush when I was in the first grade. So I realized that I should really be okay with her having her first crush.