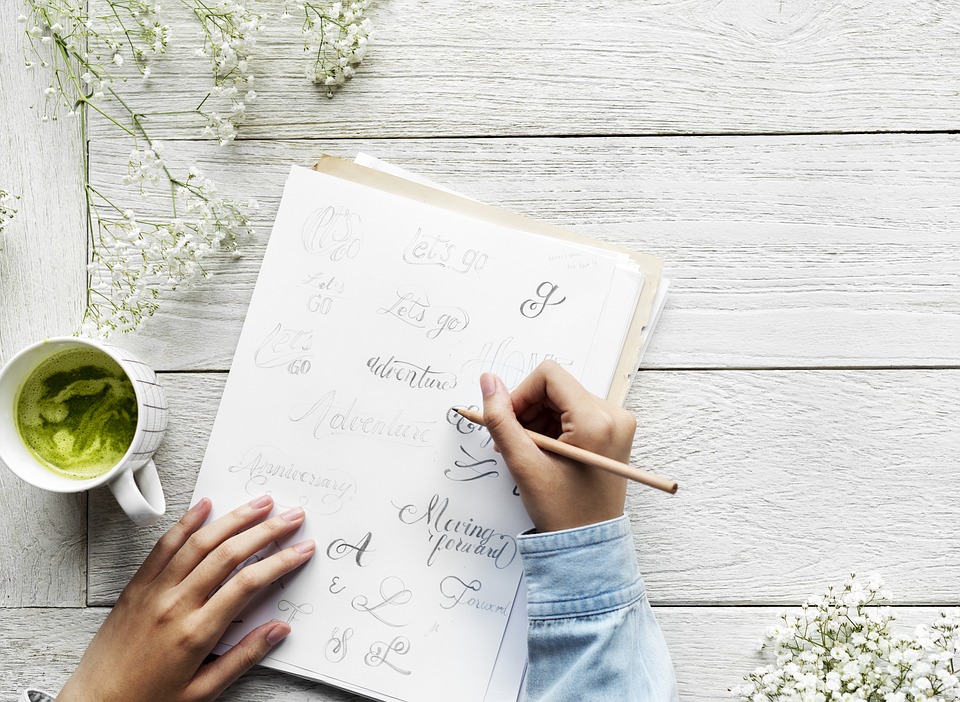 Step 1: Choosing a good brush pen (Or if you want, you can start with a nib.)

Upward stroke = thin lines, downward strokes = thick lines. Modern calligraphy is just applying a differentiation of line thickness on cursive writing. Before moving on to the alphabet, you must first practice your thin and thick strokes, along with your curved lines

Step 3: Practice calligraphy with the alphabet

Okay, we’re finally on this step. It’s kinda simple, but tricky. But I’m sure you’ll get the hang of it. Practice the cursive alphabet, but apply the differentiation of the line thickness. I suggest you use a 1st grader writing pad.  Keep on practicing until you get it right. Practice both the capital and lower case letters. Don’t stop practicing until you’re satisfied with your work. You can do it!

Yep, you’ve done it. You’ve learned how apply calligraphy on the alphabet. Now, you have to practice with words.

First, practice with short words like “fun”. Keep on practicing until you get the hang of it.

Then, practice with longer words similar to “create”. Keep on practicing, practice and practice. Your hardwork will pay off, trust me.

You can probably take over from here. Experiment! Try using nibs or markers! You could also try out faux (fake) calligraphy, where you can do calligraphy with a normal pen.

No matter how good you think you are, keep on improving your techniques and try out new things! You can apply shading or blending of colors. There are unlimited possibilities, so go on—-explore!

I hope this article was able to help you throughout your experimentation with calligraphy. And remember, don’t be afraid to try out new things, you might find happiness in new things.